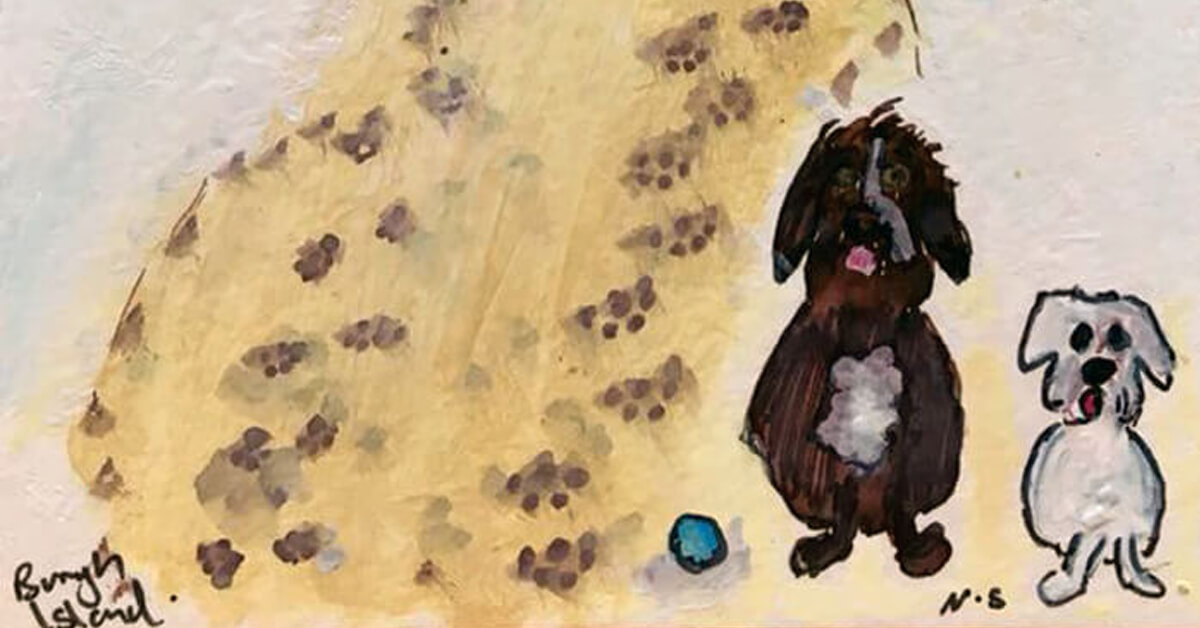 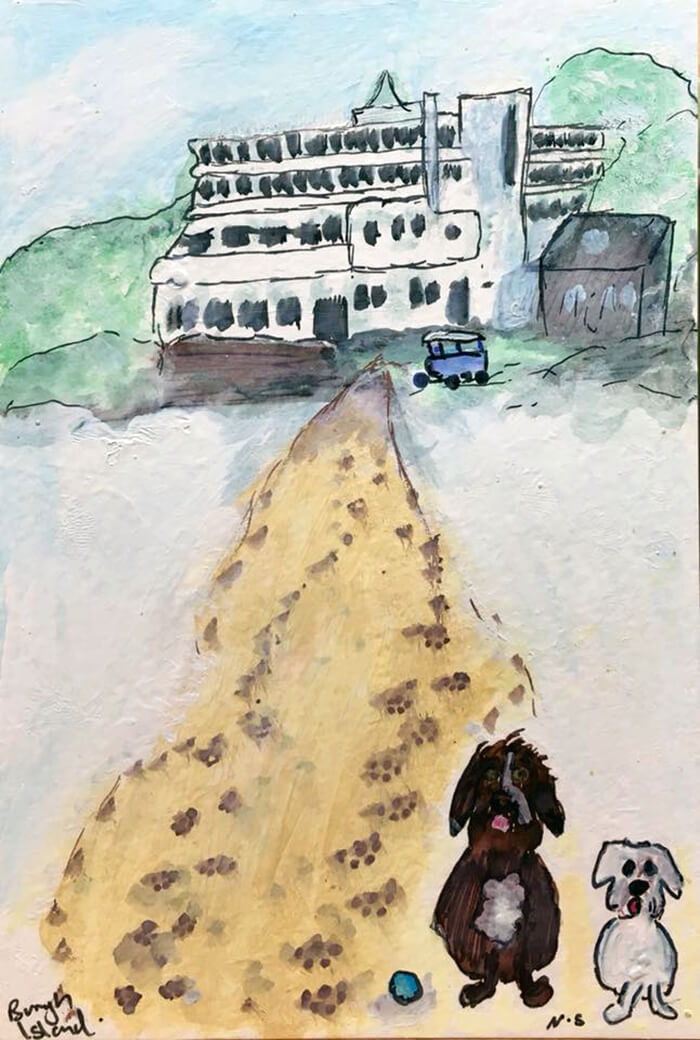 Mum was up early this morning, and she was even more excited to go out than me and Twig! She was wizzling around, clapping her hands like a seal!

We set off on a very long road trip and we ended up in Salcombe, and even though Mum didn’t seem as excited as before she was happy to be there. We had a walk to North Sands, and Mum tried to help me swim but I was having none of it!

We had a quick look around the shops, then coffee and cake – oooh and a sausage roll!  We even saw a baby seagull chick and it was very fluffy.

We went back to the van, and Mum got a bit more excited again and then we arrived at Bigbury on Sea and I saw what all the fuss was about! We were at Burgh Island with its original Art Deco hotel.

Mum told us she had stayed for one night for her 10th wedding anniversary and Dad told us Mum had too many cocktails which made her get up and try and dance the Charleston to the band! I wish I had seen that! Apparently she was also very squiffy the next day!

We had a nice lunch at the Pilchard Inn although I didn’t get a pilchard! That’s false advertising! Mum had a Gin and Tonic though as she said it was the done thing! 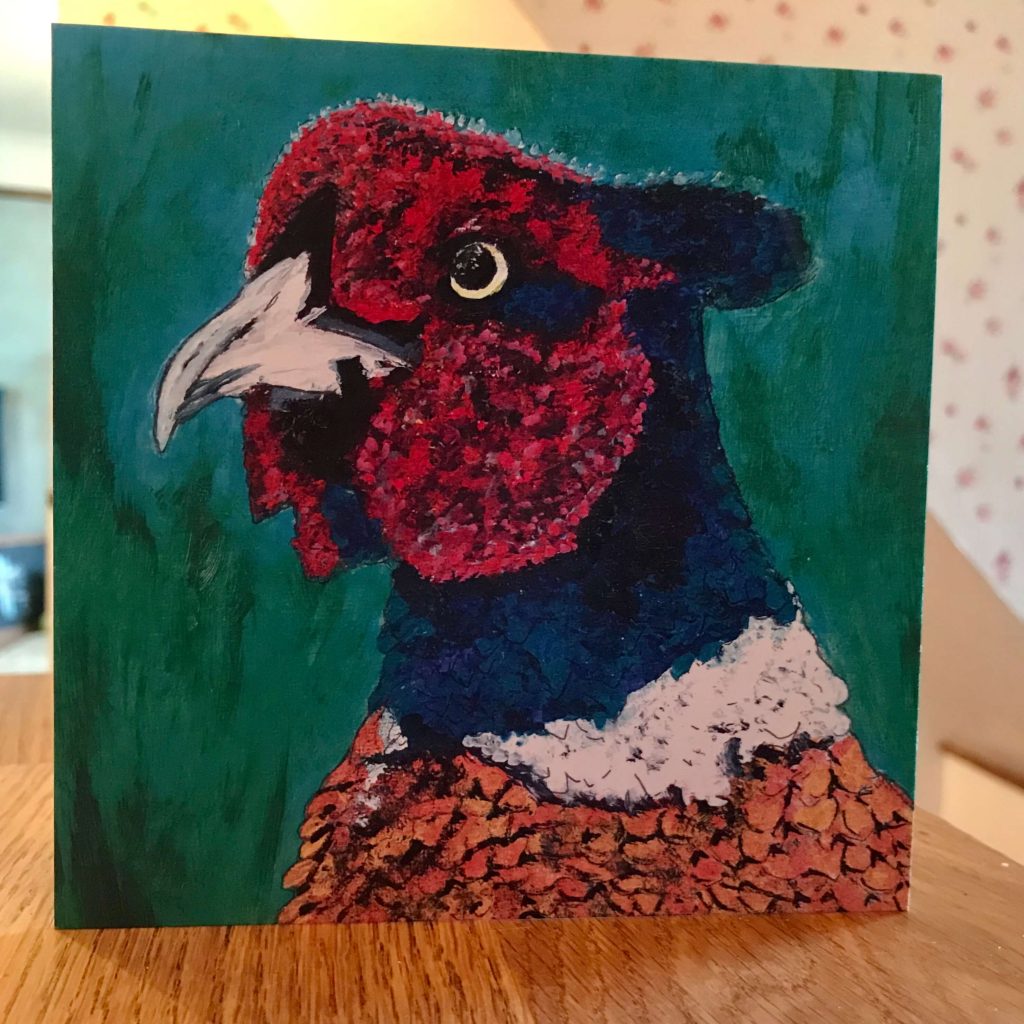 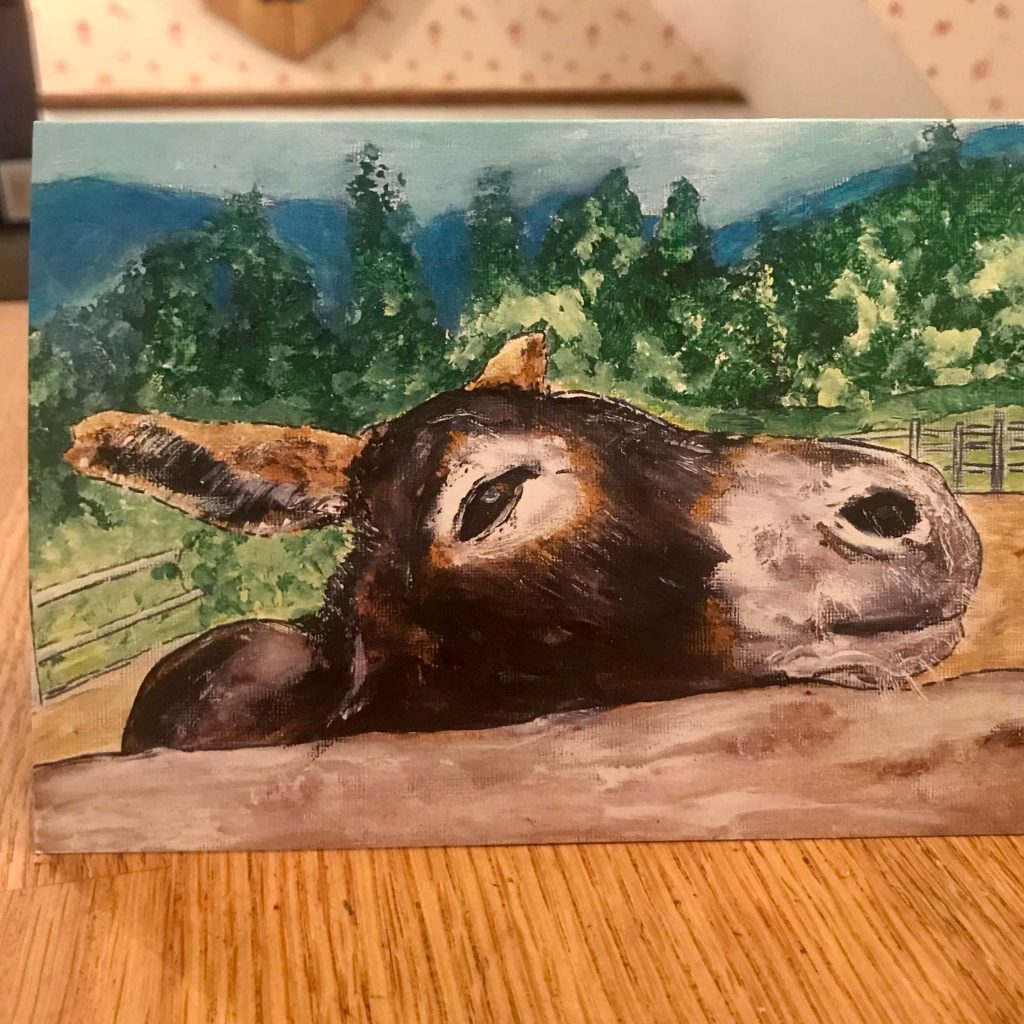 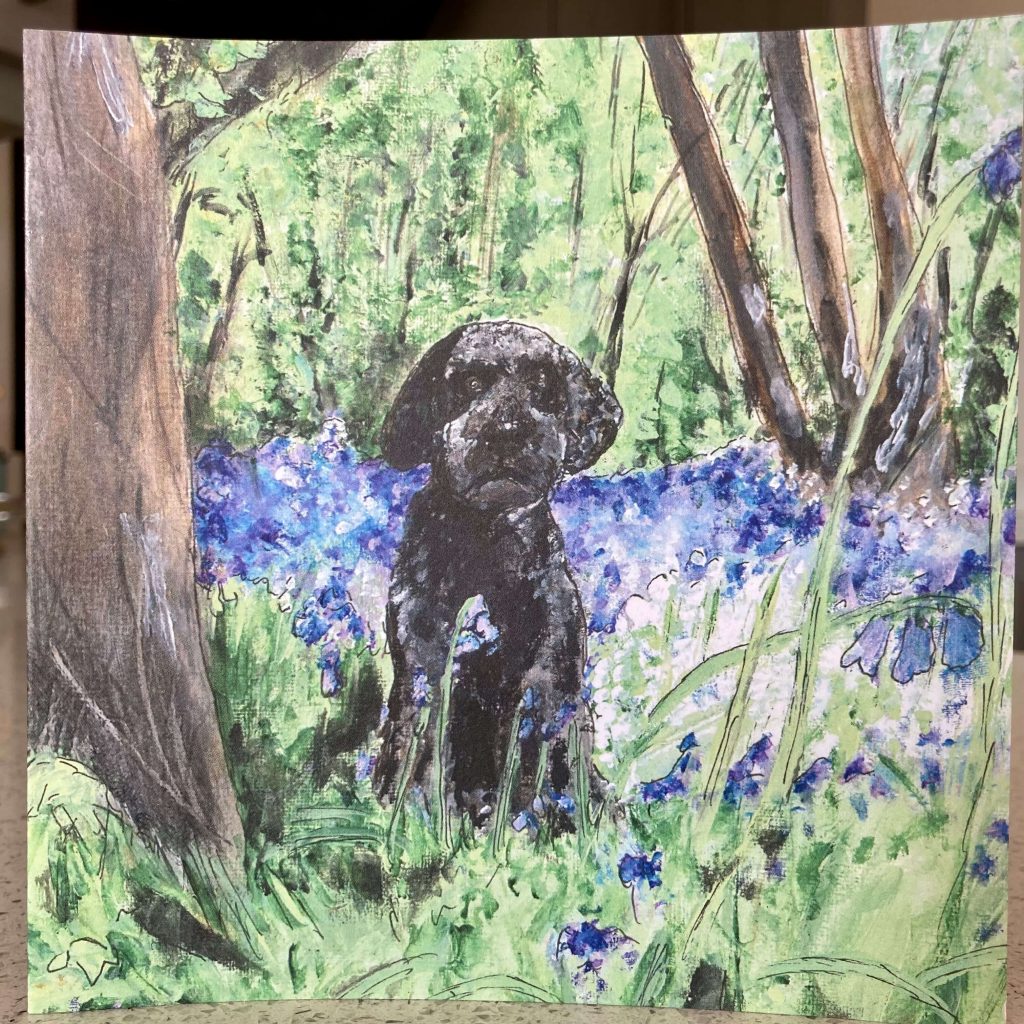